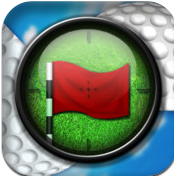 GolfSites Recap™ is the perfect app for all golf lovers. This app helps the players to keep track of their play and they can review the statistics from anywhere and at any time. The players can conveniently access the app from their iPads, which will be their ideal golf computer. This app has been developed and launched by Mooee Company Limited for iPad users. GolfSites Recap™ app has been integrated in a perfect manner with all the popular golf sites; this helps the players to keep track of their statistics and their performances. The app also allows the users to view the statistics of other players when they are a registered user in the respective golf sites. The app is very popular among many golf players all over the world and is also the official accessory app of many famous golfing sites.

GolfSites Recap™ has many useful features which provide the golfers with very precise statistics of their performance. The players can also review their performance from anywhere; they can connect and view their score cards even at their homes on HDTV through the Airplay feature in the Apple TV. The users can review all the minute details about their performance such as their average hitting distance achieved when using the particular clubs, average strokes when compared to the par difficulty, and the swing related readouts with their accuracy. The app is perfect for both beginners as well as the experienced players. The app has especially been created for the new iPad. The app has many interesting features, some of which are:

GolfSites Recap™ App is a must have app in the mobiles for all the interested golfers. The app is available for free in the App Store, so download the app and have fun.