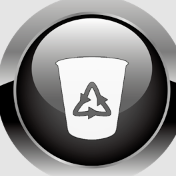 Android device sometimes can be very ‘slow’ when the memory usage is high. This will create a lag in processing and any activities in Android. After all, it is a shortage from mobile device compared to PC or laptop due to its limited resources. Many developers have struggled to solve this problem. As a result, there are many Android application whose function is to optimize performance of smartphone device.

Auto Optimizer is one of many Android applications for device optimization. And just like other optimization apps, it works by releasing unused or unimportant processes from the memory so that Android still have enough memory room for other processes. By doing this, it will prevent the device from having too much memory usage that will create lags which is annoying for the user.

This application is premium. It means users have to buy it for a few dollars before they can use the application. And because the developer will get profit from user’s purchase, it doesn’t show any ads which is an advantage. No pain, no gain. Of course you have to sacrifice to get a good quality. Many users have bought this application and it gets a high rating in Play Store. It is a proof that this apps works great.

One of the reason why Auto Optimizer is special and unique, is a trigger to do memory release. In other apps, user has to open the app then tap on a button or icon to free memory. This feature is standart. But Auto Optimizer provides automatic memory release which means user doesn’t have to tap on any button for the application to do its function. What the users need to do is set a trigger when the application will do memory release. There are three types of trigger. The first is auto-execute by memory usage rate. User will determine the memory usage rate. When the rate is achieved, task killer runs. The second is auto-execute at a set interval. This will release memory according to time intervals, such as every 5 minutes. The third is auto-execute when the screen is turned off. Every time user turn off the smartphone screen, the application will release memory.

Overall, Auto Optimizer is a great premium application for Android. It is not only has a useful standard features, but also unique features which make this application better than its competitor. According to my personal point of view, this app is worth for a few dollars and i personally recommend it.