Burn the City – Will Burn Your Time too 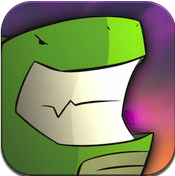 Burn the City is one of the stupendous games developed by JoshOClock and Brad Dixon. This game is fun filled with loads of calculations and tactics involved to win more points. Though the theme is similar to that of popular games like angry birds, Burn the City has its own texture. This game doesn’t have more clones like angry birds but it allows you to buy some of its popular characters like Burny, Belchy, Deppy and Burnette with in the in-game store. Each of these characters has their unique attitude of destruction. The controls are very simple to play the game. Just touch, drag and release to burn the entire City & Space with the monstrous characters.

This game has three different chapters and each chapter depicts some unique objects, trends which induce you to play the game and move onto each levels. On the whole this game has 100 episodes/levels which is been scattered among the three chapters. The first chapter called Night gives you a dark atmosphere of the city.

The Second chapter called Dawn depicts the city’s atmosphere just at the beginning of twilight before the sunrise. The last chapter Space is the new chapter added in the latest version 2.8. So far you would have burned everything you found in the Darkness and Dawn of the city but in the space chapter you will travel from earth to Space to destroy everything you find in the Space. It has a battle chapter where you can have a combat between your Monster’s explosive weapons and human explosives.

This full version of this game is now made available for free and it works well on IOS 3.1.3 and above. It is compatible with most of the generations of iPhone, IPod touch and iPad. This game has topped in most of the bestselling game websites. The game center integration allows you to compete with your friends and compare you high scores. Whenever you complete each level with in short span of time and with low usage of ammo you will get more bonus points. All you need to do is judge the appropriate spot which makes more destruction and release your fireball. This game is one of the best time killers with more puzzled levels to achieve.