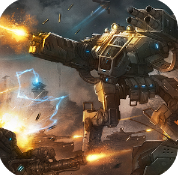 Defense zone 3 HD is an action game available on google play store. The game has over five hundred downloads an has an overall of four point five star rating.The game is currently on version 1.1.7. The game was recently updated and it runs on android 2.3 and above. In their previous update the game only had levels 1-11 but in the new version it has new levels and those are level 12 and level 13.The game is also available for ios but doesn’t have the latest version so if you have an ios device you would probably get the 1.1.61 version which has levels up to 11.

The major essence of the game is to you the player fighting against enemies armies and so the armies try as much as possible to destroy your defense.So you really need to have a strong defense so as to not loose in the game. The game also has weapons that help with your defense . The game has like defensive towers and it’s up to the player to build new towers . This game has a difficulty setting that helps all players even beginners to have a fun time while playing the game. New players can easily learn how to go for the battles with ease. For players who love merciless and intense battles can choose a higher difficulty level to make the game more enjoyable for them.The game has a total of four difficulty levels to make it easier and enjoyable.

The game also has eight different towers so as to have a strong defense. The player also has eight different abilities for example use of nuclear bombs during battles,air strikes.For the people who enjoy a beautiful landscape the game gives varied landscapes and season making the game more enjoyable and gives the urge and anticipation to look at the next landscape/season. The game also supports twenty languages so it doesn’t matter what language you speak the game has got your back. The game also has all aspects balanced for example enemies strength and also weapons so as to have a fare game and won’t get easily bored when playing the game. So it’s up to the player to take up the challenge and put up a good fight so as to win the game.Remember to carefully read the rules before playing so as to have easy wins.The game also has really good music so that the player doesn’t get bored while playing the game.

Although the game has really cool features and aspects it also has a few cons to it.From my own experience the game really becomes slow especially at level eight and it becomes really hard for me to continue playing it.Then also i think the game should have more levels to make it more fun and enjoyable. Also an ongoing game cannot be manually saved so the player has to finish the level they are playing in order to save, i think that’s a con because emergencies do happen forcing someone to stop playing and of course anyone would want to come back and continue from where they left off.All in all Defense zone 3 HD is a really enjoyable game and i would give it a five star rating.