Escape the Void : Watch Your Step 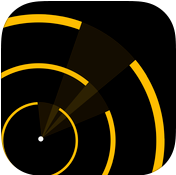 We have all seen mazes. Complex in structure and confusing in nature, they’re vowed to keep you struggling at each and every step. It’s like a jungle with each tree replica of another and you can’t find your way to the escape route. Every attempt is uncertain until you finally hit the road. A single wrong turn is enough to keep you captivated in that small world for as long as your feet don’t hit the right note or someone else comes to your rescue. But today we have a different kind of a puzzle in hand. Here you know the path and you know where it’s leading you to, but you still can’t make it. You know that there’s light at the end of the tunnel but you’re still afraid to take the next step. So what’s the trick?

If you’re still clueless what I’m talking about, then it’s the latest iOS app called Escape the Void that has been developed by Patrik Budenz. The app is compatible with iPhone, iPod touch and iPad and requires iOS 8.0 or any later version of the OS. This app has also been optimized for iPhone 5, iPhone 6 and iPhone 6 Plus.

Actually, there’s not tricking, no bluffing. Everything’s crystal clear to you and there are no hidden cards in the deck that you don’t know about. But what would happen if the land beneath your feet starts rotating? Even walking down the alley would become a battle to survive. Escape the Void poses a similar challenge against your wit. You have to cross down the rotating circular barriers through gaps, starting from the centre and keep moving till the time runs out or you finally face the edge of the blade. The challenge becomes more and more difficult as you watch the light of the day which actually is a never-ending illusion as this game keep running immortally. The barriers start rotating faster and therefore your reflexes have to be quick and sharp.

The developers have chosen to stick with tilt controls here. With the level of accuracy and speed required here, it can become a little bit difficult to manage it. But you’d certainly find your way as you play more and more.

Though there’s not much scope for graphic art in the game as the developer has tried to keep everything simple and diluted to make sure the graphics don’t pitch a higher voice that outruns the gameplay itself, the smooth, silky and fluid animations create a different loop altogether. The rotating barriers certainly daze your mind a bit and therefore you have to keep concentrating to proceed.

As far as the gameplay is concerned, with 5 different modes, Game Center Leaderboards, achievements to unlock and Facebook and Twitter integrations, you’re surely going to have a lot of fun playing this game.