flyp- Easy to Keep More than One Number 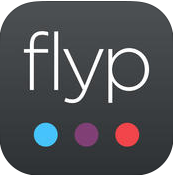 In the today’s go-go world, it can be quite difficult to separate the personal lives from our work and social lives. With almost everything coming to the same number, one’s life can quickly turn out to be a deluge of other people’s problems and issues. Flyp is a relatively new app available on Android and iOS that aims at remedying this issue. By assigning some aspects of your personal life to individual numbers, you’ll be able to organize better your work, personal and social life. Flyp accomplishes this using a stylish and slick app which functions well.

From the design standpoint, Flyp is a nice looking app. It’s responsive and smooth. Furthermore, you will never have any issues in finding what you although the application only works for the USA based numbers. This is a huge minus and real bummer point for makers of the app.

Therefore, in case you have a US number and you have installed the app, it normally asks for your current phone’s number when you launch it for the first time. Once the app has confirmed the number, you’ll instantly get a new Flyp number. This will enable you to use this app to its full capability. After this, you can decide to designate this number as being a Work, Custom or Social number. Users can import their contacts which had already been saved on the phone. However, instead of simply importing all contacts like the other messenger apps, the users can also pick and choose the contacts that they import. This makes it relatively simple to only import the contacts that you need.

From there, the users can start using their number any time and however they want. The text messages are also responsive and fast. Furthermore, you can also allow Flyp app to send the push notifications to your personal phone. You can also dial and make phone calls with Flyp. The call quality is clear and crisp, so you should not have any worries about the voices being overly digitized or muddled.

Flyp will be adding more features in future including international calls and texts, number porting and group calling.

Your first number the app is free, which is quite great. It will allow you to test this service without being too committed to it. With this free number, you will also get unlimited text messaging, 100 minutes for calls and basic voice mail settings. This is pretty awesome and it’s just enough to find out if this service is perfect for you. For any number after that, it’s 2.99 dollars/Month per line or 29.99 dollars/Year per line. This might seem steep. However, when you consider the costs of adding one line to your current

If you’re having trouble in keeping up with the lives that you lead and you feel a second or even third number is capable of remedying your struggles, then Flyp is the ideal app for you. However, in case you do not live in the US soil, do not even bother to download this app because it’s going to be a waste of space. However, the app is very simple to use and also easy to set it up. The features that it packs make it hard for the other applications to compete. Couple this with its great premium features and low yearly cost and you will be having one of the best messaging and call app around.