Glidefire: Speeding into the future 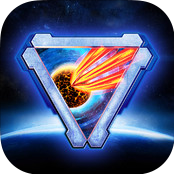 If you are looking for a futuristic game with ravishingly modern graphics, then Glidefire, an iOS app is where your search ends. Not only are the graphics good, but the gameplay is also top notch. The design of the app gives it an edge over all other games in its niche. The look and the feel of the game make it worth playing indeed.

The basic concept of the game is quite simple. Players set out with their gliders on a highly futuristic road. During their course, they are to avoid obstacles and also destroy them using a couple of weapons. While the concept sounds quite simple, the game is not equally so. The challenge lies in coping up with the overwhelming speed at which the game proceeds. At times, it might not seem possible to collect required items or avoid obstacles, leading to frustration. Patience serves as a rewarding feature at these times. It is this challenge that will motivate you and compel you to excel at the game all the more.

Besides just the challenge, this iOS app comes with a fun social aspect too. You can compete with friends and family on Facebook, trying to score the highest ranks among all. This competition is what serves as motivation to keep you going at the game. It keeps the interest of the players boosted.

The controls of the game have been kept minimal and simple. They resemble those of Temple Run largely. Swiping to your left or to your right will help you shift between the three lanes in order to dodge obstacles along your path. Swiping up will make your glider jump over them while swiping down will cause it to glide from underneath it. A few obstacles are too tall to be jumped over while certain roadblocks do not have enough space underneath for you to drive through. The crux of the game lies in being fast and assessing the situation quickly. However, the response of the controls is not as quick as that of Temple Run, which can be very frustrating at times.

If you wish to better your game, then one of the best ways to do so is to use the items you collect on your way to upgrade your glider. You can visit the Armoury, where you can switch between drivers, also known as heroes and also choose your gliders. These upgrades add a fun twist to the game, keeping you hooked for longer. If you really are intent on the game, there are in app purchases involving real money that will help you upgrade your gliders as well. The choice is yours, driven by your motivation and urge to win.

Once you succeed in completing all the story stages, you can avail of online Events and Contests. A few other game modes like Endless Freeplay are also locked initially.

The visuals of the game have been kept sharp, clean and quite blue. The blue adds to the futuristic effect. The designs of the levels are quite varied and interesting. Everything from the menu to the icons to the level designs has been done quite well. The sounds are very futuristic too, adding to the feel of the game.

Bad: Slow response of the controls