Jump Out : ‘Prison Escape’ Got a New Definition 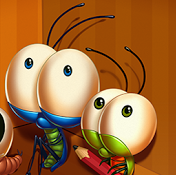 I’m a cartoon freak and though I’m not a kid anymore, I just can’t get those amazing characters out of my head. They’re so lively and sometimes when I realize that they’re not a part of this real world, I’m amazed at the talent of the creator. While there are bigger brands like Warner Bros. who received appreciation for their work on a world stage, there are small developers who are showing their talent with the help of the Android platform. But this small screen has a wide reach to the world and we have already seen heroes like Angry Birds, Temple Run emerging out of this. But change is the rule of universe and as the movies change, new stars appear. Today we have another star whose debut was maybe not that brilliant but has finally reached the milestone of his career.

Jump Out – the latest Android app that has been developed by TapTapBoom Games is already in news for its amazing gameplay and beautiful characters. The app is compatible with all the devices running Android 2.2 or later version of the OS. it is a simple physics based game but the gameplay is so addictive that you can’t get your eyes off the screen. Also the overall look and feel is awesome. You are no longer playing a game but helping four little cute bugs to escape from a four-walled wooden box.

There are these 4 little bugs that are trapped inside a box. There’s a hole at the top of the box but the bugs can’t reach it by themselves. So your role is to launch them from a position and choose the trajectory such that they reach the target. It sounds simple when you can even see the trajectory of the path followed, doesn’t it? But there are few obstacles that you can’t ignore. When you’re aiming for the hole, you can’t directly aim for it as there are some objects installed in between the path. So you’ll have to actually use them in your favour. For example, there’s a sprocket and the bug gets attached to it and starts rotating along with it. Similarly there are many holes similar in outlook such that if you enter from one, you’ll exit from the other.

The first few levels are easy to clear up but as you go ahead to that 140 mark, the situation gets so complex that the calculation part seems like finding a new law of physics. So the game is certainly not only for young children and adults can also be a part of this. The eyes speak the characters of the four bugs that are as cute as a new born baby.

The app is available for free in the Play Store. So it’s my duty to ask you to install such a beautiful and entertaining game now.