Live Football : The Easiest Way to Watch and Follow the Results 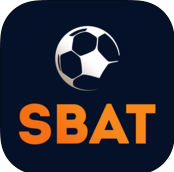 Live Football is an app compatible for iOS, its produced for football fans so they could check the results of the matches that they’ve missed and even better – to watch on live stream by iPhone their favorite ones. The app is very easy for using, because it has only three options – to see the scores, to watch a match directly and to pick your favorite matches. App’s calendar is simple and easy for using as well. App’s design is extremely stylish and normal, that’s one of the biggest advantages of the app, because most of the applications has very colorful designs, which can be annoying for many people, but a simple design can not be irritating.

There is a plenty of football matches during the daytime, which is very unpleasant for many football fans, because they can not be able to be at home at the moment to watch the match or at least to know the score. The advantage of the app is that it’s available for iPhones, so literally every person, interested in football, could be informed about the matches everywhere and all the time. During the lunch break at work, or during the break between classes, the person who is using the app could watch the match and track the score. The app has the option of adding as much matches as the user wants in his favorites.

This is very practically, because it makes easier the process of tracking the results, the user is not supposed to scroll down through the previous matches, which he is not interested in, he can just click on favorites and he is going to be able to get information about the scores of his favorite matches. A big advantage of the app is that it does not have adds and commercials as well. Commercials in online videos and smartphone apps are very annoying for most of the people. The style of the app to present the match scores to its users is excellent. All of the matches are separated into different leagues. The fans are not always interested in every type of football, for example some people likes only the Spanish league, or the English league. The classification in leagues is a big quality of the app, because the user can just scroll down and search easier for his favorite matches.

The app is really good, because it is simple, informative and useful, it has a very simple design, which is a positive quality, because otherwise it would be extremely irritating for people who just want to get informed about football. App’s features are available for free for its users and they are easy for using. The information that the app provides to its users is correct and it contains only the type of information and the features that its users wants to know and to access. Each app could be always improved, but this one has everything that a regular app for watching and tracking football matches and scores should provide to its users.