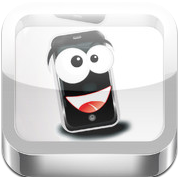 Since I’ve started reviewing these mobile apps, I have developed a doubt in my mind if those real casinos in Las Vegas and Singapore are actually visited by game lovers or not. There are so many mobile apps based on Android and iOS platforms that visiting a casino seems to be a hard work job. Then there are so many online games such as Blackjack, Roulette, card games, slots, etc. with the same real graphics and gameplay and you can find both virtual as well as real money games. Now the developers are even trying to build the same atmosphere and sounds to deliver the clients the best. Another such app has just entered the market. So let’s take a look at it.

Today we have MadAbout Slots Mobile Casino, an iOS app that has been developed by Madabout Media Ltd. The app is compatible with iPhone, iPod touch and iPad and requires 6.1 or later version of the OS. The app has also been optimized for iPhone 5.

Actually it’s a website by the same name and this app is like a link to that website. To start your career on their platform, first install the app on your phone and then you can either enter your phone number on their website or send them a message with MADSLOTS as the text to 80266.

It would have been very difficult for you to meet your friends if some of them were on Facebook alone, some were on Orkut while the rest were on Twitter alone. Similarly, if you don’t find all the different games under one roof, you won’t be coming to that place until and unless you’re a one game man. MadAbout Slots consists of 19 different games including Slots, Blackjack, Roulette and many others.

The key factor behind the instant success of this app is that you’re welcomed with one or more bonus from time to time. You get joining bonus as well as you can get more during your first 3 deposits. Then if you refer this game to others, you’re just filling up your pockets with more and more cash. So earning money is not so difficult here. Also, just as a player, there are players from all around the world and you get a good chance to battle the pros.

The graphics of the app are really awesome. The slots have been designed with many different themes. I won’t say that they’re unique, but still they’re different from other and the UI is also pretty intuitive. The website is gaining huge popularity so you can expect many good players being a part and the games can go pretty intense at times.

The app is available for free in the App Store. But due to real gambling involved, the app can only be downloaded if you’re 17 years older or above.