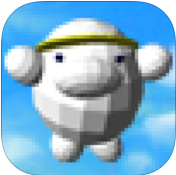 I really love those games which require some effort to go through each level. I don’t mean to face increased number of enemies at each stage as it’ll just make it more difficult but not any interesting. See there’s a difference between a difficult game and an interesting game. A difficult game asks you to retry the same level for more than once and you’ll finally get over it. But if there’s a crux hidden behind, it doesn’t matter if it’s simple or a tricky one, you don’t get it means you won’t go to the next level. That’s what interesting is. Like a series of clues takes you to your suspect and if you miss one, the suspect cuts loose. Similarly, you need to make sure that you have everything covered up before you proceed when you play this game. So should we start?

Migmo, the new iOS app that has been developed by marchEnterprise is really a game of my choice. It is compatible with iPhone, iPod touch and iPad and requires iOS 7.0 or any later version of the OS. This app has also been optimized for iPhone 5.

Migmo poses you a challenge at every stage. It’s kind of a puzzle that goes on getting more and more complex as it proceeds to higher levels. Migmo is a very cute character who jumps, slides up and down the stairs and uses every possible trick to reach the yellow gate at the end of each level and you need to help him. So each puzzle consists of some empty spaces and there are four different items to choose from to fill these spaces. They are Ladder, Bridge, Reverse and Hammer. These are like four different actions that you can perform on Migmo.

Each puzzle takes a series of such steps in the right sequence for you to clear the level. If you succeed to do so, you’ll proceed or otherwise you can keep trying. I won’t say that the game is very challenging but it’s just fine to get some effort out of you. The graphics are simple but are just perfect for the game. They’re neither too distracting nor do they fail to impress you. The developer has focused more on the gameplay and the visual part has been kept minimal to be interfering.

This is a game that you can enjoy anytime. Most of the games are too hard on your eyes and therefore they don’t make you relax but just deviate your attention from your work. But with Migmo, it’s all about fun and solving puzzles. So there’s no doubt in my mind that this is worth a download. But if you still have any, feel free to clear it by downloading it!

The app is available for free in the App Store. So what are you waiting for?