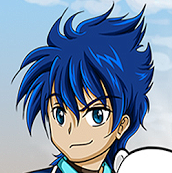 There are some games which are not only games but a story that is told and written by the gamer, in the way he wants. These games tend to be engaging and fun and when there are so many tasks involved in the game, you seem to get more indulged in it. There are not many such games available for android users and those which are available with multiple dimensions are always quite costly. That is the difference between the paid games and Minox which is a game where you write your own story and can do that, free of cost. Minox developed by UberGamers Pte Ltd is a game where you catch the Minox, train them to the best level, and battle against evil.

The game of Minox is divided into several segments. Here, you require travelling to places and collect Minox throughout your journey. You then need to train them as you capture them as pets. You also require treating them well so that you become eligible to win titles. You can also help the folks in the town in different tasks and earn points. There will be difficulties in form of Fur Traders whom you require to stop with the help of secret agents. If you fail to stop them, they will kill the innocent Minox, just for money. The game is interesting and filled with features.

Summary: Minox is a simple game of capturing pets and training them to become the best. However, there are several things involved in between and the control of the game is appropriate for each of them.

Good: Minox is a mixture of strategy and action and there are so many levels that you are not going to get bored. The game is free to download and involve several actions making it one of the finest games of the application store.

Bad: There are in-app purchases which don’t let the game remain free.