Mussila – The game of musical galore 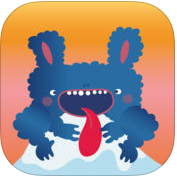 Mussila sets a new trend in the app market of musical education and entertainment by allowing users to learn music in an easy way. There may be many musical apps in the app store but mussila sets a unique standard with its user friendly interface. Mussila is very easy to understand for any age group above 5, but they are promoting it only for the age group of 6-8. As per my experience I would say, anyone interested in music will find this app very interesting. It’s an innovative app which will help your kids learn the basics of music very quickly.

Mussila is designed to work in both iPhone, iPad and iPod touch. The app is compatible with any of the above mentioned devices with iOS 8 and above. We should give special credits to the developers for having very attracting user interface and a pleasant background music. The background music and the animations in the app matches perfectly and attracts kids to spend more and more time on the app.The characters in this game are very attractive and appealing for the kids to get addicted to this game.

The theme of the game revolves around a unique story line where the Mussila band loses their instruments and costumes and we as player should help them find out their lost instruments and costumes. The game gives you step by step instructions to advance in several game levels by navigating through the maps along with their musical band. The users have to complete simple musical tasks in each level to advance to the next level. Each level has different variety of attractive games like identifying the musical instrument by listening to a music, choosing rhythms, guessing melodies, playing piano, jam with the musical monsters etc makes the game more interesting.

Upon completing each level, you will be awarding with stars based on your performance. You will be awarded based on how quickly and effectively you are playing. This game is not just another musical quiz, it allows the kids to enjoy decorating the band with several costumes and allows you to record, compose and customize your own music. Unlocking new instruments and costumes in the musical journey encourages the kids to get involved in the game.

The most important and best thing I love about this game is that unlike most games/apps in the app store, the developers are very keen to entertain the kids only with music and not to have any distractions like advertisements within the app. It’s very rare to find an app without advertisement these days and kudos to the developers for sticking to that policy. The other important factor I love about this game is the gender equality. As a user I would expect more and more levels with innovative themes as progress the game to make it more interesting way to learn music, I hope developers will add more levels to the game in future. Mussila is really a must to have app if you decided to entertain your kids with the musical agenda.