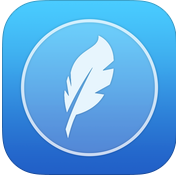 Official Twitter app is pretty good, only that it lacks important features which make it hard and less convenient to use. Unlike the NC twitter widget, the user has no ability to mute keywords or hash tags to enable him remove annoying content from his or her timeline. The official Twitter app has no ability to expand instagram picture as NC does and searching for the right tweet is not possible. NC solves these problems and has introduced new features that have truly made Twitter truly worthwhile.

Right from the users notification center one is able to view the five last tweets from his or her account or the last five mentions received. It could be preferable if the user could be able to view more but the five previews seems to be good enough for many iphone users though it can be adjusted to display the last five mentions through the apps setting. The real cool part of NC is the fact that it enables the user interacts with the tweets directly from the notification center. There isn’t any other widget with the ability to do this.

Nc enables the user view recent news, quotes, facts, mentions and everything on twitter without necessarily unlocking the device or quitting the game or any other app he or she is using. With NC installed the user is able to get along with twitter at his or her own convenient time, enabling one to launch twitter from within any app without having to quit it. To ensure tweeting remains expedient the user is able to access NC even when the device screen is locked. NC utilizes iOS 8s notification center widget in a unique manner adding a quick preview of the recent tweets from ones timeline to his or her menu for notification.

NC widget is only compatible with iOS 8 hence limiting it use to iphone users.

With many available notification center widgets in App Store that have unique abilities every other Twitter does not allow the user compose and send a tweet directly from notification center. NC stands out as one of the best with its ability to let its user’s access and use twitter in a more convenient manner and is highly recommended for individuals who are very active with tweets.