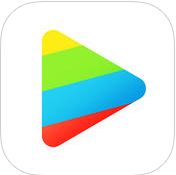 Smartphones have taken each and every role, once played by laptops and computers, with sheer excellence. They’ve perfectly replaced them in our lives and no longer do we feel any need for our laptop when we want to send an urgent file or when we want to see what our friends are doing. There is a dedicated feature for every requirement of ours and we can almost dump any gadget that’s bigger than our pocket. But we don’t! Why? Well, there are many reasons but one big reason is that we still prefer the laptop when we want to watch a movie or any other video, the reason being simple that most of the video formats are not compatible with iPhone media players. Moreover, we don’t have as much space in the phone to store all of our videos. But will we always have to stick to the same plan?

No, because now we have this iOS media player called nPlayer that has been developed by Newin. The app is compatible with iPhone, iPod touch and iPad and requires iOS 7.0 or any later version of the OS.

nPlayer is a dedicated media player that enables you to play almost any video in the world on your iPhone. So now you can play MP4, MOV, MKV, AVI, FLV and many other formats without having the need to convert them first. Also, you can play videos from a server as well; download them or stream them directly. It can be a video stored on your Google Drive account or Dropbox or OneDrive. There are endless options and suddenly your space crunch gets over which always made you compromise over selection of videos to store. There is also a well-wide scope for audio formats here.

nPlayer resolves another serious issue that mostly gets ignored by media player developers: subtitles. If you can’t read the subtitles properly, it’s like watching second half of the movie without watching the first half; you’re always confused. So first, embedded and multi-track subtitles are supported in nPlayer and second, they’re customizable. They’re customizable in the sense that you can change their size, font, color, outline, etc. If you don’t like the available fonts, you can import external fonts as well. Also, many different formats of subtitles are supported including SRT, SMI, SSA, SUB, LRC, etc.

nPlayer, despite all those beautiful and complex features, always keeps you at ease. You’d never feel as if you’re using complex machinery. The basic controls coupled with gesture controls make for an intuitive interface that’s easy to use. Most of the controls are available on-screen and the overall layout of the player has been designed very smartly. So even if you’re watching videos on a comparatively smaller screen, you never feel the same.

So what are you waiting for now? If it’s the price tag, then this app is available for $4.99 for a limited period. Don’t miss this opportunity or it’d be too late to regret!

Pros: intuitive UI; most video, compatible with most audio, video and subtitle formats; stream from network; available for $4.99 for a limited period.