Showdown! – Get The Photo In A Voting Contest and Earn Rewards 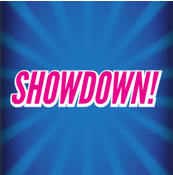 In most cases, photo lovers have always been trying to outwit each other on which photos are incredibly amazing and gorgeous. This has in turn resulted to a heated debate as each one tries to prove the worthiness of their photos. Truly, there is great fascination that an amazing photo offers, but this will always receive different feedbacks from the viewers and thus create a divided opinion.

Interestingly, everything now has been brought up in a single platform by Showdown app. Apparently, this awesome app designed by Harry Ehrlich has given photo lovers a reason to smile as they engage into a rigorous debate and voting to ultimately conclude on the best photo. Indeed this is something worth trying and let the scores display the final outcome based on decisions made.]

Showdown app was recently updated on 17th April, 2016 to incorporate more strong features and additional upgrades that improve its performance. It has so far received positive reviews from its users with an overall rating of 4+. This clearly indicates the essence of this English-based app to its users in relation to meeting their entertainment needs.

In order for this incredible app to perform efficiently and operate seamlessly in user’s device, one must possess iOS 8.0 or any other latest version of operating system. Besides, its compatible devices are iPod Touch, iPhone and iPad. Interestingly, the display and output is absolutely satisfying!

Once the app has been downloaded and installed, the user immediately gets into action. One needs to only get an amazing photo and post it in the platform. The next thing is to link the photo to the entire community for them to make their votes. Apparently, there are competing photos from different users in the contest; this implies that the photo with enormous votes ultimately wins.

Another thing to note is that the photos can be of different subjects ranging from pets, field activities, foods, drinks (for instance tea vs coffee) among many other options. What happens when a photo emerges the best? In this case, the owner is rewarded with well-looking trophies and different sets of crowns! This indeed makes the contest worth it!

Showdown app possesses incredibly amazing features that not only give the user a fun moment but also a great experience. Take a look on the features below:

Why is this feature crucial? This is because it gives ranking of different users in relation to the popularity of their photos. This can highly motivate an individual to come up with more creative and attractive photos in order to rise to the top spot.

Users get an incredible chance to post comments in line with the photos they have posted. In most cases, the comments placed can induce heated debate and makes one’s photo a topic of discussion. Through this interactive session, a photo can quickly gain popularity.

Rewards are known to display great sense of achievement and prowess. Showdown app is quick to recognize the efforts of those whose photos have gained many likes. This is through crowning them with trophies that portray their great wins. Great photos will always result to huge earnings indeed.

A Chance to decide

The user is given a unique opportunity to make a decisive choice on which photo is absolutely the most outstanding. This is done before the user finally cast the vote for the best photo. Good selection will always make one to be on the winning side! Make a great choice.

Showdown allows users to consistently view the performance of the photos recently uploaded, check on the top performing photos and also for the photos one has cast votes on. All this is facilitated by the �Award’ option found within the Showdown app.

Once the user has posted a photo, it can be accessed by all poll users regardless of their locations. This distinctly implies that voting is made much easier and convenient. The best shot will always get the required votes from the entire world users to make it win. Showdown app has made this possible!

Here are some of the pros and cons found in this outstanding Showdown app:

· Fun and simple to use

· Mild in performance in some cases

· Few descriptions but has been improved of late

Getting entertainment that captivates one’s mind and brings a great interconnection with photos is amazing. Showdown app has just integrated amazing features that makes it worth downloading (for free) for any passionate lover of photos. Get this amazing app and enter a hotly contested field that will prove how popular those photos are!