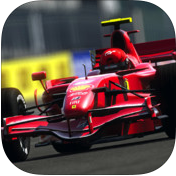 Slot Cars – Wrong Way Race, a fresh car racing game with an innovative concept and unique play mode, has just been launched in the pages of iTunes. This app is one of the best gaming apps for the iOS platform and can be an ideal one for any speed game lovers. You might be struck with the question, that there are already numerous car racing games in the iTunes, so what is the specialty of this latest launch; sit tight, the specialty of this game runs in its concept which needs you to run the car in the opposite direction of the other cars in the race. In this game your car races against three other cars moving in the opposite direction; you need to keep on changing lanes to avoid a collision and at the same time need to maintain your speed to complete the maximum number of laps.

Slot Cars –Wrong Way Race V_1.0 from Chewing apps Ltd. the producer of popular gaming apps like The Witchy Sabrina, Collect the 100 Fruits, Bike Drive and a lot more, introduces a fresh thinking into the car racing game arena with their latest production. The application encapsulates some great features to ensure the best enjoyments of play. Some of the features of this new app are discussed below.

Summary:   Slot Cars –Wrong Way Race V_1.0 is the latest car racing app in the iTunes with a novel concept, which makes you run your car on the opposite direction of other cars in the race and offers unbound fun.

Good: The application has a new concept and it is available for free.

Bad: There have been no bad reports about the application so far.