Solidarity App – For a Social Cause ! 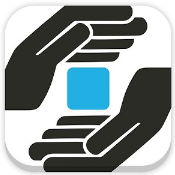 Solidarity App is an Android application that allows you to donate to charity without parting with any money. Every time you use a new game from the Solidarity App platform, the company donates a small sum to an initiative. As the app user, you decide which initiative receives the donation.

The company donates to the following initiatives:

These initiatives have a wide range of purposes. The following is a list of some of the campaigns that benefit from the donations:

8. Recycling waste along the coasts and offering educational opportunities to refugee children.

When you first download the app, you will notice that it prompts you to create a free account. It also allows signing up using an ordinary Facebook account. After signing in, you will notice two major sections on the screen. The top part features apps while the bottom one has the names and photos of several initiatives.

Switching from one app to another is as easy as swiping to the left or right. The same applies to switching between the initiatives at the lower half of the screen. The interface is smooth and uncluttered since are only one app and one organization are present on the screen.

Solidarity App offers popular apps in order to engage the mobile trends. I noticed that some of my best apps were on offer on the app. This includes Clash of Queens and Turbo Cleaner. This is one more reason why you should check whether a particular app that you want to download from the Play Store is available on the platform.

The company donates varying sums for different apps. For example, the lowest donation that I saw was $18 cents while the highest was $1.215. Therefore, you can decide to download apps that will attract the highest donations in order to fully support the initiatives of your choice.

Another striking feature of Solidarity App is the badges. For every app you try, the company rewards you with a trophy or a badge. You can then share the win with friends and family. This can encourage them to join the positive initiative.

The biggest drawback with Solidarity App is the lack of support for older devices. The app only works on Android 5.0 and later versions. There are plenty of devices that still run Android 3 and 4 versions. These users cannot use the platform because of this incompatibility.

Another problem that I experienced is the unsolicited pop ups asking for reviews. The pop ups are annoying and can only be dismissed by giving Solidarity App a review on Play Store.

All in all, Solidarity App is an intuitive app that allows you to download applications while making a positive contribution to the world. You should definitely give it a try.