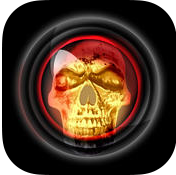 App store now brings you the Survive Horror Game released from Quote Stork Media. It is an adventure game where you find yourself in darkness and you have to find your way out. There is a murderer out there and by use of only your phone you have to escape. In the phone, besides the direct messenger found at the top, it is only the camera that is operational therefore, lighten up the path make use of the camera flash.

This is where the danger gets real. Each time you flash the camera to take a picture the killer moves in on you. The battery also is being used up and if not careful you will be out of battery soon. This game is so thrilling and addictive you can put it down. Every time you are paying attention to the direction and escape tips your friend is giving you through the direct message. It is a race to beat the battery life. When the battery is fully drained your story ends.
Using your strategizing skills and the power of real pictures analysis for escape the danger and enhance your survival. The faster you get oriented to the surrounding the early you can escape from the eminent killer and you can save your battery more which gives you more time to make the escape.

The background music and the sound effects are well designed to give you that horror feeling which creates an environment of fear, leaving you at your edge and your adrenaline rises to help you survive. It is the test of your bravery and your ability to take the least time to create a working strategy.

The only way and the trick to survival in this game is to make sure you familiarize with the surrounding as quickly as possible. Also it is much easier and quick to implement your strategy when you have got used to the functions you are provided.

Use the navigation keys which are situated at the sides of your iPhone screen, left arrow and the right one will give you the view of your surroundings. To use the camera you will make use of the photo button that is situated centrally at the bottom of the screen and you should be able to set the flash settings. To view images the image screen is minimized to the bottom left corner. The directional compass will show you in which direction you are heading to.
Once I started this game I could not put it down. At first I could not realize and make way of the images I was seeing, hence in most occasions found myself in the exact position I started but once I realized the outstanding features in each image I was able to trace my escape route.

Get playing this game now. Download it from the iOS App Store. It is FREE. According to their specifications though, you can only play it on iPhone and iPads of the latest generation. They have not produced one to run on iPods as yet.