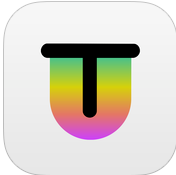 For any young adult in the smart phone age, dating apps are obviously not a new concept. Well, one popular dating app is Tastebud. This IPhone app, presents a looks-are-everything approach while selecting users’ matches based on similar music tastes. Quite intriguing, right? The music-based IPhone dating app has the potential to be a great success in ways that no other dating app has been.

Launched 4 years ago, it is the veteran of the London technology scene, giving what was previously noted as Last.fm powered dating to music fans worldwide. The principle behind the app has always been simple: If you are a music fan you may wish to date people that share a similar taste in bands as you. And after digging to Last FM’s API, Tastebud made the promise to make finding your special one a little easier.

Although Tastebud extended its scope into a broad social realm, it’s very clear online dating still does play a major part in this service. And just last year this company raised a $600,000 seed-round to enable growth – particularly in the mobile arena. With this in mind, Tastebud officially unveils their first native app, kicking-off on iPhone.

If you have not created an account already, it’s quick and simple to create one through the app itself. You could either use Facebook credentials. Once you are in, you have to indicate your gender, sexual orientation, city, date of birth, and insert your profile picture. After selecting the profile picture that you feel accurately represents what you look like (It’s firmly believed that it’s cheating to use heavily filtered selfies in a situation like this), you then move on to its music part.

The app scans the local music library, then adds your favorite’ artists to your created Tastebud account, although you could also manually add other types of music. You will then be matched with other users basing on the music artists both of you like. It’s all simple – you love the looks of the gal or guy? You li that they also like Nirvana, Kendrick Lamar or the Pixies? Well, text them or send them the song.

And this is where you might encounter the first problem with this app. Tastebud, all in an effort to aid users compile a list of artists and bands they you wish to use to represent themselves, and automatically selects each artist from their iTunes library. Embarrassing iTunes song selections aside, it’s quite easy to add artists to your profile. Tastebud will give you recommendations depending on your previously-added selections that are no far off, so you could either look for your own or scroll through the suggestions. It took me about five minutes to compile a list that I felt represented my tastes fairly well. Music matches are divided into categories for example Indie rock fans for simpler filtering. And you very simply swipe over profiles till you find people whose looks you like.

Tastebud’ mission is connecting people across the world through music. Musical preferences do tell you much about people and having something you share is a good conversation starter. It is the best way of breaking the ice.