Try Out a New Casino Game, Casino Over Under, Just in the Store 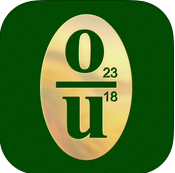 Casino games are always fun to play. They are known for the excitement they bring and the luck factor plays a major role in the winning. However, you selection of timing can play a major role in casino gaming. There are several casino games in the iTunes app store and they are more or less same in character. Same old mechanism is used in the casino games which may at times make them boring. With Casino Over Under, this is going to change.

Casino Over Under, presented by Casino Over Under, LLC is a free to download game in the app store. The difference lies in the fact that this game was never played. It is not applicable only for me but applicable to all casino lovers. This is a game that is introduced in app first and then will be brought to the real casinos. The game is a fast paced one. Just three cards per hand are dealt with in the game. There are four different floors in the game. The first floor is pre-unlocked and you move to the next floor when you make more money. Bonus is paid based on the score. You never know how much you can win.

The game like any other game is working on chips. You can purchase packages of chips from the store and play your game. The small package starts from $0.99 and it can go up to $6.99. The people who have already played the game only have positives to say about it. It is easy to play once you understand the mechanism. However, there is nothing much you can do with the cards. You can do it with the chips.

As far as the technical specification is concerned, the game is compatible to most of the iDevices. The game requires iOS 7.0 or later in order to run. iPhone, iPad and iPod touch can run the game. The version 2.1 of the game requires only 21.1 MB space on your device. You can grab your copy free from the store today.

Good: With the version of the game improving to 2.1 there are several bugs fixed and the game runs seamlessly. I like the idea that the game is completely new and anyone has never played the game before.

Bad: There is nothing wrong reported about the game yet.