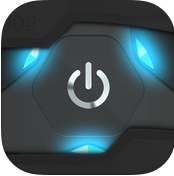 A swiss army knife is a multi-tool that is very handy as it can be put in a pocket and has high usability due to so many tools in one. So if you have that kind of multi-tool in market and you’re still buying all those tools separately, what would you call yourself? Similarly, we have many apps that make our life simpler and easier such as flashlight, alarm clock, calculator, QR scanner, etc. Most of us have all these apps installed in our phone separately and have no other option other than crowding up the menu. But I think now we have a brilliant alternative to that. Want to check it out?

I am talking about the new iOS app called Ultra Utilities! + QR Scanner. The app has been developed by Silentg and is compatible with iPhone, iPod touch and iPad and requires iOS 7.0 or any later version of the OS. The app has also been optimized for iPhone 5.

The app consists of seven different tools: Bedside Alarm Clock, Secret Folder, Torch, SOS Morse Code, Spirit Level, Tip Calculator, and QR Scanner/Generator. So it covers all the tools that every person requires and the best part is that all of them are high quality. They can individually beat any app from the same department. For example, if you’ve a separate alarm clock app installed, then you’ll find the entire premium features here as well with a better look.

For those who don’t know, a Spirit Level is used to check if a surface is horizontal/vertical or not and is mostly used by carpenters or at construction sites. SOS Morse Code is very important for general public. It is used to signal for help by flashing light. A QR Scanner is must nowadays when even recipes are found by scanning their QR code. In the Secret Folder, you can store any of your confidential documents and files and save them from the suspicious eyes. So you no longer need to search for such an app and waste your dollars.

The interface of the app has a fine finish. The appealing look of the app makes you feel as if you’re holding something expensive in your hands. Each app has been delicately designed like it’s a high end game by a famous developer’s desk. Then there are very good sound effects as well along with animation effects.

There is nothing bad to this app. It’s even available for free on the App Store. If you buy premium versions of these apps separately, then you’re obviously to shed some dollars off your pocket. So there’s a lot of saving here. However there are some apps like Secret Folder, Alarm Clock that you’ll have to buy via in-app purchase. But still they’re almost free because they’re available for just ¥6 each which is equivalent to about $0.1 only. So go on and buy this one!

Pros: stylish interface; simple to use; seven apps in one; free.