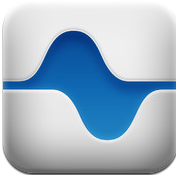 Avid texters, at some point, get tired of all the typing that need to be done, and look for solutions that can make their favorite pastime easier. WaveDeck Messenger is one such application. While Siri exists, for some privileged iPhone owners, its accuracy, or the lack of it, has been the topic of many a discussion. That’s where WaveDeck Voice Messenger steps in.

WaveDeck Voice Messenger is a simple, but intuitive and effective app which lets you send free voice messages to other WaveDeck users, at the touch of a button. Much like a Whatsapp for voice messaging. Voice Messaging is preferred by many, due to the ability to add emotion and emphasis to the message, which may not be too effectively conveyed in the case of a text message. WaveDeck lets you do just that, using a simple, elegant Push-to-talk interface – one tap to record your message, and one tap to send it – simple as that.

Once you install and launch WaveDeck, you would need to signp for a free account. The account creation process is quick, and just requires you provide an active phone number, to which the verification code is sent via SMS. Just enter the code into WaveDeck, and you are all set. WaveDeck will scan your entire contact list, and automatically check which of them are WaveDeck users.

To send a voice message to another WaveDeck user, all you need to do is simply tap the New Message button, and then the Speak Button to record your voice message. Once you’re done, release the Speak Button to send your message instantly. That’s it. Couldn’t get simpler than that now, can it? Once the message is received at the other end, the recipient gets a notification for a new message, and can listen to what you’ve conveyed, and reply back with a voice message of his own. Much like a two-way walkie-talkie conversation. WaveDeck utilizes your existing data plan, and if you’re on an unlimited one, so much the better. Group messaging is also supported and you can have a group voice chat, the same way you have a one-one voice chat.

You can view the history right from each message, export voice messages as .wav files and email them, as well as flag specific messages for easy access. Overall, WaveDeck Voice messenger delivers the voice messaging experience seamlessly, in an elegant, easy-to-use user interface. The learning curve is practically nil, and new users are up to speed almost as soon as WaveDeck is activated. Voice messages are sent, and received instantly over your data network, and bandwidth usage is quite economical. Audio in messages is crisp and clear.

WaveDeck Voice Messenger has been developed by WaveDeck Media Limited, and is available as a free download from the AppStore for iPhone, iPad and iPod touch running iOS 4.3 or higher