Wiper Messenger- Cool Friend to Hang out With ! 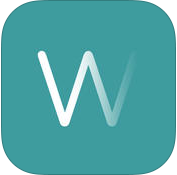 Trouble is never away when you’re angry and your mind is red hot as an iron rod. Just a few absurd words are enough to destroy your years-old relationship. But when the blood of your veins is flowing through your eyes, how can you control it! So you grab your phone and start writing a message using the deadliest words you could find on the planet earth and just when the message is sent is that you get a sigh of relief. Now you get back that sense of mind which was absent for the last couple of hours and now you start regretting. So you again start writing a message but this time, a soft one with lots of sorry. But before you can send that message, the second person sends you the ‘divorce’ message and your relationship reaches the dead end. Now let’s turn the story around!

You’re angry and you write a very harsh message and send it via Wiper Messenger to your girlfriend. But then you realise your mistake and you wipe that message off your girlfriend’s phone before she can read it and that’s how a dead end turns into a happy ending.

So what’s the moral of the story? I guess you know it. Yes, always use Wiper Messenger!

As you know by now, we’re talking about the latest iOS app called Wiper Messenger that has been developed by Wiper. The app is compatible with iPhone, iPod touch and iPad and requires iOS 7.0 or any later version of the OS. This app has also been optimized for iPhone 5.

Wiper Messenger is not only to get you out of trouble. It’s your best friend whom you can hang out with but the one you can trust as well. The calls are secure and end-to-end encrypted so that any ear trying to get into the room is cut out on the door itself. It’s like a leak-proof tunnel that your voice is going through. The sound quality is also very good which is mostly absent in such internet calls. As we have already discussed, you can wipe your sent messages and photos from yourself and your friend’s phone. In case your friend takes a screenshot, you’ll be notified so that you can prepare yourself for the incoming trouble.

With Wiper on your phone, you can talk to any of your friends using the same app worldwide. Moreover, you can also share music and videos with them via YouTube. Search for any song you like and let others listen to it. If you have your own video or song out there, let’s spread the word!