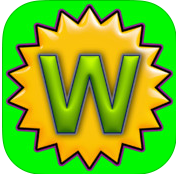 Word games always surprise me as a writer because every time I learn so many new words and the fun element makes sure that my zeal to learn new words doesn’t disappear any soon. These games are perfect for a child struggling to complete his home work as well as a person who cannot find the right words for a game of scrabble. But there are so many games that you can’t decide which one to choose and which one to neglect. You may find many of them to be same but the one with better attributes should be the one for you. The attributes are the dictionary it refers to, how big is its word database and then of course the gameplay. So we think that we have a perfect combination of all those qualities here in one and that’s called Wordistic.

Wordistic is an iOS app that has been developed by mushDevStudio. The app is compatible with iPhone, iPod touch and iPad and requires iOS 5.1 or any later version of the OS. It has also been optimized for iPhone 5.

Wordistic is like a game of Tetris where letters are falling and you having to pick them and place at the right place. The words must have at least 3 letters and you have a time period of just 30 seconds each time and you have to create as many words as possible within this short little time frame. There is a qualifying score set for you and once you clear it, you’re advanced to the next level. As the level goes higher, this qualifying bar gets raised by a score of 10 but the time period is same. Adding to your difficulty is the increasing speed with which the letter comes down. So I must say that it’s not an easy job to even qualify for the next level and all you have to do is not panic in such conditions.

To save you from such a strong attack, there are some lifelines for you such as the clock and spiral whirl. The clock adds extra time to your timeframe and the spiral captures all the words and helps you to pick them in a hurry and create some good pointers. But the developers don’t share the same sympathy with you as I do and that’s why they’ve introduced some life-taking pills as well in the mixture such as the bomb which when touched will add 5 extra points to your qualifying score making the situation more difficult for you.

From the educational point of view, there’s an online dictionary which you can turn on and it’ll tell you the meaning of every correct word you create. Also, there’s a suggestion tool which will suggest you the possible words when you start creating a word.

Overall, this app is a must have for everyone. Though there’s some scope for improvement in the graphics, everything else is just perfect. The app is available for just $0.99 in the App Store and you can try its free trial version as well.

Cons: graphics can be improved.