World of Conquerors- Do you have what it takes? 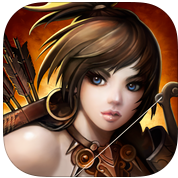 Are you bored of playing alone on your iOS device? There are a lot of multiplayer online games but most of them are easy and you get bored after a while. If you’re looking for a multiplayer game full of excitement and adventure, then you have to try out ‘World of Conquerors’ by Minoraxis, Inc. This iOS app is a multiplayer role-playing game where you are set out to conquer the world and build your own kingdom. It won’t be long before you’re addicted to it and cannot put it down.

The concept of the game is quite simple and basic. The implementation is what makes it special and unique. You have to build your own kingdom from scratch, using the remains of a fallen empire as your basis. You get started with a tiny village and then keep expanding your territory- a little at a time. Your ultimate goal is to become an influential, powerful; and successful ruler and restore the fallen empire with the one you build.

While building the city, you are given full flexibility- just let your imagination flow. You can construct a variety of buildings- each with its own functionality and value in the city. There are also a range of powerful characters- each with its own strengths and weaknesses. Use these to build a strong army for your empire. There are lots of monsters to fight, dangerous dungeons to conquer and more in the process of building your own empire. You must keep in mind that you may have to form alliances with an enemy that you once defeated or were defeated by. All this just to defeat stronger opponents and common enemies.You can also chat with other players from within the app in the middle of a game to ensure that they are worth trusting.

The graphics of the game are worth a mention. The developer has done a splendid job with them. The level of detail and the clean rendering of characters is indeed something to gawk at. The territories and background design is splendid. Also, the characters have been designed superbly, each with its own super power. The visual triggers are exciting and entertaining both. There are a number of elements, each of which has been done finely and beautifully.

The game controls are quite easy to follow. With just simple touch and drag, you can play a variety of moves. The game controls are responsive and function well too. The background music and sound effects add a nice touch. Those that find it distracting always have the option to mute it and be rest assured that it will not impact their gameplay.

The entire feel of the game is such that you feel like you are fighting a real battle. Everything from making choices to planning out your strategies to fighting and conquering is done by you. The app is available for free download from the App Store. It requires iOS 5.1.1 or later versions and uses 116 MB of memory space on your device.