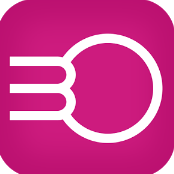 The GAMEin30 is a free android app for instant games and game messaging. The app works best on android devices of android version above 4.1. It is more than just a playground that offers a fun to the users and simple solutions whenever they have thirty seconds to spare. It offers quick and casual instant games against their family or pals in their contact list and anybody else worldwide. It also avails a new type of communication via GAME MESSAGING where people share, interact and connect through the varied and updated games. The games can be played online, in-turns or synchronic. The users downloads the game from play store and installs it. A verification code is sent to confirm membership. This gives one full mandate of accessing the game.

The app features:
1. A world of instant games button feature.
GAMEin30 app users have fun playing a variety instant games that lasts not more than thirty seconds. There are different types of games where one is required to choose a game they can easily play without hardships. Most known games include; Street Races, Celebrity Run, Zombie Lady, Cake Smash, Delicious 2048, Simple Math, Color Drop and Circle Pong among others. The user clicks on a given game of choice and takes less than 30 seconds to complete the challenge. They are only allowed to move to the next challenge after completing the given challenge.
There is an additional of nine new games for this app’s users to challenge their friends with in the android version 1.1.1

2. Game messaging button featuring a Games keyboard.
The app features a simple friend invite button which is a game messaging tool that features a games keyboard. This allows the users to communicate through texting games on its patent-pending games keyboard thus sharing, interacting and connecting via a world of varied games updated on an on-going basis. The app’s games keyboard makes game invitations to be easily done by texting and accessed as required by the friends one is connecting with in any IM application. This feature is very important since users can easily send invitations and challenges to their competitors (friends or family) to play very challenging and interesting games.

3. The sticker market feature.
The GAMEin30 app features a sticker market where the users send their touching and other stickers to their game partners (friends and family) before and after each game challenge. The sent stickers expresses either their frustrations or happiness from the game’s challenge. This promotes interaction and socialization.

4. Bug fixes tool.
This is a new feature on the android version 1.1.1 created to correct codding errors in the previous version. Most users complained on the issues of code verification which was the main reason that hampered them from accessing the game. Coming up with this feature has made most android user to freely access the game and enjoy it to the fullest.

5. The player-option feature.
This feature allows the users to freely choose the player they prefer to play with. By clicking on this option, a list of contacts is availed and one only needs to click on the game partner of their choice. Most users may prefer to choose the players that are good and provide stiff competition to them for a greater and tough challenge. While others may decide to choose the players whom they interacted well in other previous challenges through the provided market stickers.