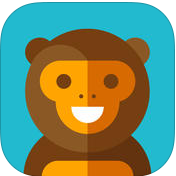 Social networking has been taking a gradual turn for the best in the recent past, and many apps have been in the making. Reveal comes as one of the applications that is expected to take the world by surprise. That is owing to its fantastic features as well as the versatile manner of doing things that are captured within the application. Kindr Inc have made it their business to ensure that they can offer the world the very best when it comes to the social connection world. The application can be found as well as downloaded from Itunes, and that has helped market it a great deal.

It is a social platform that has enabled many who would have curled within their world look at the universe with a whole new meaning. The application has ensured that people can express what they feel as well as get to learn what other people feel. The application mainly uses its interfaces to ensure that friends can meet and converse through images as well as help people earn followers. One can tell the world an intimate story through the platform hence enabling people know them better as they also get to know other people. People can share their favorite moments, and that spreads one’s joy to the rest of his friends as well as his followers.

The application has also been designed in a way that through the quick photos that people can share then the rest of the world can judge one’s personality. The images, as well as videos, also come in handy to show one’s opinion on a variety of subjects as well as in various situations. The current version that is the 1.5.1 version is one that has set itself aside from other applications by being able to provide what others could not “class”. The application has cut a niche or itself has one that will command the social platforms for a long while to come. The application allows people to converse by use of questions as well as answers, and it is through this that people form bonds.

One can remain anonymous as they chat on the site since they can hide their identities for whatever purpose as they deem fit. One is also able to go through the answers that are provided by friends so as to learn more about them. One can make articulate a sound judgment on what kinds of friends to keep based on their answers. The application continues to make the experience more exciting by allowing people to earn coins by inviting friends to the social circle. One can also increase their coins if they can get likes on their content, and that sets the app aside from the rest. The most surprising thing about the application would have to be the fact that it protects those that use it. It has an anti-bullying policy that ensures that those using the platform are not subjected to such vices. It also contains cutting edge covers that give it an appealing appearance and the users can feel the warmth that is present. The application is surely on to reckon with.