ScareCauldron – Mix Your Own Horror Tracks 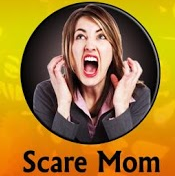 It doesn’t have to be Halloween, when it comes to putting a good scare into your friends, co-workers or family members. And if you have a handy app on you phone which can help you produce the most eerie and scary sounds with a tap of your finger, even better.

ScareCauldron developed by Bit Cauldron, is a new scary sound mixing app for Android devices. The app is very simple with a hellish look on the main screen, where users can select different types of scary sounds from the top, and mix them in a swirling cauldron, much like a witch’s brew. And if you are not interested in mixing our own sounds, the app automatically takes a combination of scary sounds and plays it through your phone speakers.

Though there are various other soundboard apps available, ScareCauldron comes with adds a few unique features. When you launch the app, you’re greeted with a bubbling and swirling cauldron. The concept is simple – select the pictures on the top, each picture indicating a different type of scary sound, and drag them into the cauldron. Stir the liquid in the cauldron with circular motion of your fingers, and it will start mixing the sounds that you have selected. To play your compilation, just tap the Haunt button, and ScareCauldron will start playing the mixed sounds randomly. If you listen to the sounds using an earphone, you can get this really awesome surround effect, and if you’re alone in a dark room, this can really put the creeps into you.

ScareCauldron is designed to be left alone for hours. It will continue to play your compiled scary sound mixes for as long as you like. This is a handy feature to have if you want to scare someone without them having a clue that it’s you. Just leave your phone with ScareCauldron on in a dark room, and ask your friend or co-worker to fetch something from that room. The look on their faces when the app does its bit can be priceless. This is also one of the best features of the app, as most soundboard apps would require you to play the sounds manually. Plus, if you have set of speakers that you can connect to the phone’s audio out jack, the sounds can get really scary, and that’s a good feature to have of you wanted to take your scare prank outdoors.

The app features two different sound modes depending on which kind of effect you want. Haunt mode allows you to place any of the five sounds into the cauldron and instantly play them. Mixing is somewhat the same idea, except you can place as many pictures in the cauldron as you like and then press the skull meter to boil the sounds. Once you have activated a sound mode, the app will continue to play the sounds in the background even if you close the app and open something else. It need be open on your screen all the time for you to be able to generate the creepy sounds.

ScareCauldron is available to download from the Google Play Store. There is a free version which you can try out. The sound options are limited to just 5 in the free app, and if you want a wider range of creepy sounds, you can go for the Pro version which will cost you $0.99

What can be better?