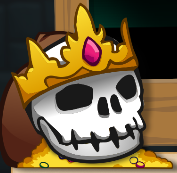 Logic based games that have a story, are always more popular than general running and shooting games. Windsquire is one such game where there is a story to see and a mission to complete. The game is based on intuitive movements where you don’t need to learn much. While learning the moves is easy, mastering the moves can be quite difficult at times. The game is a new one in the app store and you can download the game on your android device.

Windsquire has 20 levels and a tutorial and the difficulty increases with each level. Here, you have a lad who has lost his wealth due to some reason. He gets to know that there are treasures in the dragon castle and in his trial to reach there, he falls to his doom. On his way down where nothing was to be left, he hits something magical which provided him with a magical power. He got a power to use the wind to move him up but the journey upwards was not too easy. The dragon was following him and there were obstacles in between to overcome. However, he has the strength to overcome all these. All he needed was the right manner to use his weapons and strength. You are going to make sure that he reaches safely to the top without being eaten up by the dragon.

Summary: Windsquire is a fun app for android users with numerous levels where wind power is used to move ahead in the game. The game has intuitive control and a story that will attract the users.

Good: The control is fun and easy to learn.

Bad:  Nothing considered as bad.